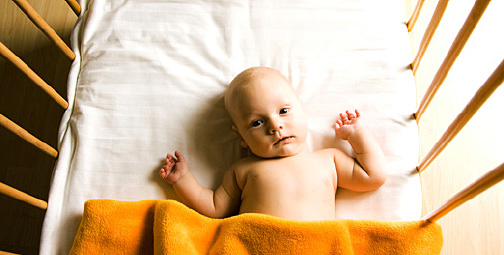 Many household products — from couches and mattresses, to TVs and other electronics — contain toxic flame retardants. Given their use throughout our homes and their failure to stay in the materials to which they're added, it's not surprising that they show up in high levels in house dust. We inhale and ingest this dust, along with the chemicals attached to it.

Many toxic flame retardants persist in the environment, build up in our bodies, and are toxic to humans and wildlife. Exposure to certain flame retardants has been associated with negative health effects such as lower IQs in children, reproductive harm, cancer and thyroid problems.

It's nearly impossible to avoid these chemicals; if you're pregnant, you're being exposed for two. Children have some of the highest levels of toxic flame retardants in their bodies because they are exposed to dust through everyday play behaviors.

Market pressure and government actions prompted manufacturers to phase out some of the most widely used flame retardant chemicals (penta and octa-BDE in 2004 and deca-BDE by 2013). However, research is showing that equally hazardous flame retardants have taken their place, such as chlorinated Tris that was removed from children's pajamas in the 1970s.

For the latest information and to take action to eliminate toxic flame retardants, please visit the Alliance for Toxic free Fire Safety.

News advisories, video and other resources for reporters from the Alliance for Toxic Free Fire Safety Media Page.

An obsolete California regulation has caused most of the ubiquitous exposure to toxic flame retardants. Join the effort to overturn this regulation.

All families deserve safe and healthy products.  Learn more about the Campaign for Healthier Solutions.

We all have toxic chemicals inside our bodies. Find out why and what you can do in our 16-minute video.